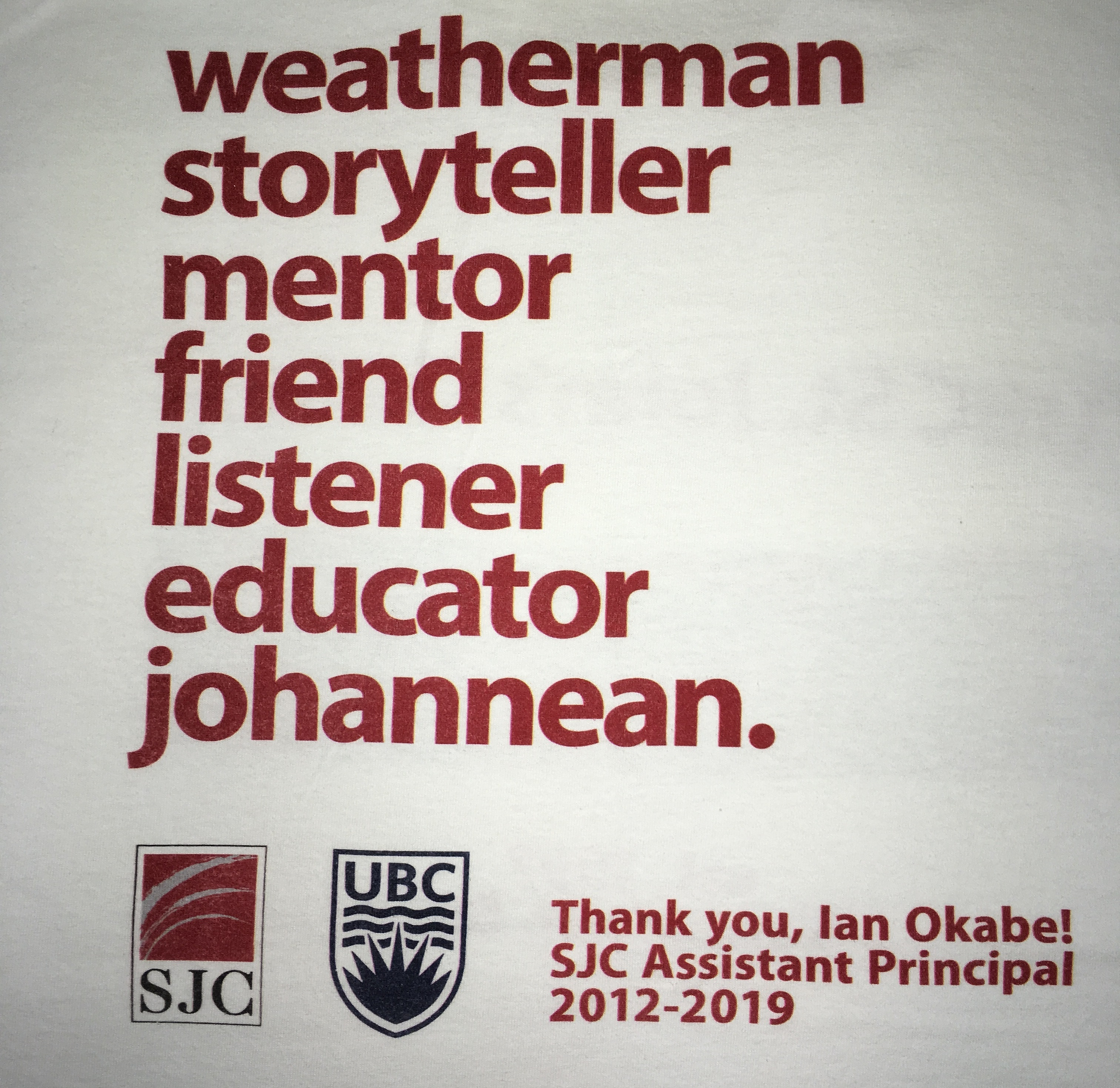 Earlier this summer we announced the retirement of Dr. Ian Okabe, who served at St. John’s College from July 2012 to June 2019 as Assistant Principal for Alumni Engagement.

Enjoy these words of wisdom and learn some Ian’isms!

How would you sum up your journey at SJC?
My journey at St. John’s College is a perfect example of what I have told residents and alumni throughout the years. Sometimes my sayings are known as Ian’isms. One of them is that you never know where you are going to be in the future so aim high. In 2001 I had my first sabbatical from my university and was fortunate enough to live at the College for the year as a Visiting Scholar. So imagine my surprise eleven years later when I returned to the College and was appointed as Assistant Principal (a position that never existed before). There was no way I could have planned for that or even predicted that event.

This is why I tell residents and alumni that it’s perfectly fine to plan for the future. In fact, I tell them they need to have a plan A, a plan B, and plan C, but they must also take advantage of opportunities that arise. Another Ian’ism that I always say is that “opportunity never has to knock on my door because it is always open.”

In what ways has SJC changed over the years?
In some ways SJC is identical to the College that I knew in 2001, but in other ways everything has changed.

For example, in September 2001 I was at breakfast and asked one of the female residents why she was wearing full make-up at breakfast. She looked at me and said and I quote “Ian the competition here is fierce”. I soon understood what she meant. By the Halloween dance at the end of October there were at least a dozen new couples in residence. Nine of those SJC couples got married.

What advice do you have for current residents, or residents leaving the College?
For current residents, my advice is to try to mingle outside of your circle of one or two best friends at the College. All those people at SJC are an amazing worldwide network and the majority of people never even think about that. Wouldn’t you love to have contacts all around the world just to couch surf?

For residents leaving the College life outside of SJC is grand. It’s the real world and no longer the SJC bubble. Stay in touch with your SJC friends and you will have friends for life. But remember it takes effort to stay in touch.

Can you share some examples of distinguished alumni from SJC that you know/have met?
We have countless Managers, Directors, CEOs, Professors, etc. amongst our alumni. We also have a couple of diplomats. But the alum that stands out the most to me is John Atta Mills. John lived across the hall from me in 2001. He was a Visiting Scholar and Law Professor. He used to invite me over for tea and a chat. He gave two talks at SJC and each time it was standing room only in the social lounge. It turns out that eight years later John became the President of Ghana. Unfortunately he passed away while serving in office but the last I heard he was in talks with President Obama to spread his democracy beyond the borders of Ghana. This just emphasizes my first point that you never know where you are going to be in the future, so aim high.

What will you miss about SJC?
I will especially miss the formal dinners, home-made soup, and those long dinner conversations.

A final Ian’ism…The one truth about SJC is that everyone leaves, including the Principals. So appreciate the experience while you can because you will never find anything like it ever again in your lifetime.