In Conversation with Author Helen Zia


This Zoom event is open to everyone and an opportunity to hear from a celebrated author and community activist.

Last Boat Out of Shanghai: The Epic Story of the Chinese Who Fled Mao’s Revolution

The dramatic real life stories of four young people caught up in the mass exodus of Shanghai in the wake of China’s 1949 Communist revolution—a heartrending precursor to the struggles faced by emigrants today.

“A true page-turner . . . [Helen] Zia has proven once again that history is something that happens to real people.”—New York Times bestselling author Lisa See 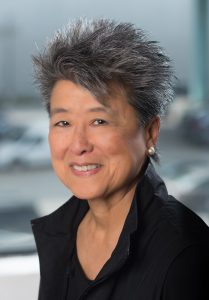 Helen Zia is a writer, community activist, Fulbright Scholar and was a Distinguished Visiting Johannean Scholar at UBC, St. John’s College. She spent 12 years researching and writing Last Boat out of Shanghai (Ballantine, 2019). Helen followed the 70-year-old exodus and diaspora from throughout China to Hong Kong, Taiwan, the Americas and many other locations. Her book has been listed as one of the best books of 2019 by NPR and the Christian Science Monitor, and is a finalist for the PEN/Jacqueline Bograd Weld Award For Biography. Last Boat out of Shanghai came out in paperback on February 18, 2020.

A longtime journalist, Helen is also the author of Asian American Dreams: The Emergence of an American People. She coauthored, with Wen Ho Lee, My Country Versus Me, which reveals what can happen to Chinese Americans who are falsely accused of being a spies for China. She was Executive Editor of Ms. Magazine and her articles, essays and reviews have appeared in numerous publications, books and anthologies, receiving awards for her ground-breaking stories.

Helen Zia, the daughter of immigrants from China, was born and raised in New Jersey. Her work on the 1980s Asian American landmark civil rights case of anti-Asian violence is featured in the Academy Award nominated documentary, Who Killed Vincent Chin? and she was profiled in Bill Moyers’ PBS series, Becoming American: The Chinese Experience. In 2008 Helen was a Torchbearer in San Francisco for the Beijing Olympics amid great controversy; in 2010, she was a witness in the federal marriage equality case decided by the US Supreme Court.

Helen is a graduate of Princeton University’s first coeducational class and has been awarded honorary doctoral degrees from the University of San Francisco and the Law School of the City University of New York. Most recently, she has served on the board of the Women’s Media Center and Equality Now. She attended medical school but quit after completing two years, then went to work as a construction laborer, an autoworker, and a community organizer, after which she discovered her life’s work as a writer. 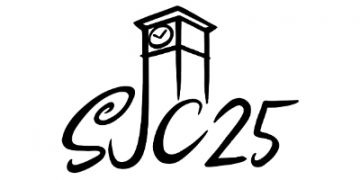